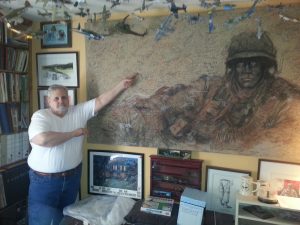 NORTHRIDGE, Calif., July 14, 2020 /PRNewswire/ — Producer Joseph E. Miller, Jr., passed away June 3, 2020. Mr. Miller wrote and produced over two hundred hours of broadcast and cable television programming, including “Case Closed”, “Where Are They Now”, “Missing Reward”, “Perfect Crime”, “A Memory in My Heart” and “When Andrew Came Home”.  His novel, “The Romanovsky Stain,” was published under the pseudonym, Duke Zimmer.

Mr. Miller was born in Seattle, Washington and attended schools in California, Kansas, Georgia, Maryland, and Pennsylvania.  He enlisted in the US Army and spent five years in Western Europe during the height of the Cold War as a Counterintelligence Agent.  In December 1969, Mr. Miller was transferred to Vietnam where he served as an infantry scout with the Reconnaissance Platoon of Echo Company, 2nd Battalion 506th Infantry (Currahee) 101st Airborne Division — the “Band of Brothers unit” — from December 1969 to November 1970.  Mr. Miller was wounded in action and spent fourteen months at the Walter Reed Army Medical Center recuperating from his wounds.  He was the recipient of the Purple Heart, the Bronze Star, the Air Medal, the Army Commendation Medal, and numerous other awards and commendations.

Mr. Miller was a graduate of the University of Maryland.  He wrote, produced and directed more than fifty medical motion pictures for Walter Reed Army Institute of Research and Walter Reed Army Medical Center and received numerous awards for his work, including the Honor Award of the Association of Military Surgeons International and the coveted CINE Golden Eagle.

During his eclectic career, Mr. Miller testified before Congress in support of the Vietnam Veterans Memorial and brought about the creation of the Vietnam Veteran Vet Centers.  As a registered lobbyist, Mr. Miller served as assistant director of the Legislative Division at The American Legion’s Washington Headquarters office from 1982 until 1987 and helped shape the Legion’s policies on national security and foreign relations issues and improving veterans’ employment programs. He also played a critical role in the promotion of and celebration of a Legion initiative more familiarly known as the original GI Bill.

He is survived by his wife Barbara Gregson, his daughter Nancy Miller of Germany, his father LCDR (Ret) Joseph E. Miller, Sr. of Florida, and brother Michael Miller of New York. 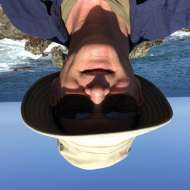